Every visit to the bathroom was a flashback to the 1980s.  After 10 years of remodeling, this was the last room with powder blue tiles.   The clients envisioned a Zen and spa-like retreat, with a private entrance from their master bedroom. They desired two of everything: two vanities, two showerheads, and two entrances.

Making a small bath feel larger, even after adding a second doorway and second sink proved to be a challenge.  The layout also had to work around existing exterior and interior windows.

First, we gained more space by removing the tub. Now that the children were grown, the tub was hardly used.  Then we relocated the shower and toilet to make room for a second vanity.  The vanities were suspended on the wall so that the flooring could continue underneath and make the room feel larger.  A similar effect was created by floating a teak bench in the shower.  The curbless design gained the clients more useable floor space in the shower. Finally, we provided access from the master bedroom by reconfiguring the closet.

The shower wall features a unique window cut-out.  An actual window in the shower was not feasible, so this was designed to allow light from an adjacent window to filter through.  This creates an open feeling, connecting the shower with the outdoors.  The teak bench flows through the cutout allowing seating for both in and outside the shower.  The warm palette and strong horizontal lines emphasized by the tile, teak bench, and vanities complement the Zen spa theme. 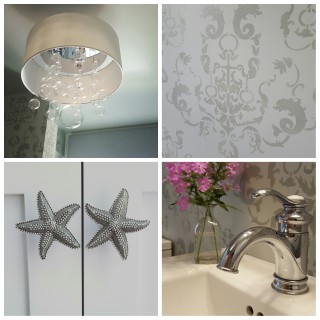 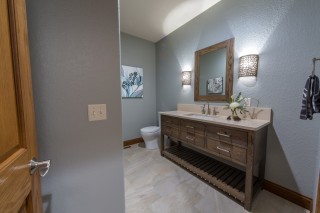 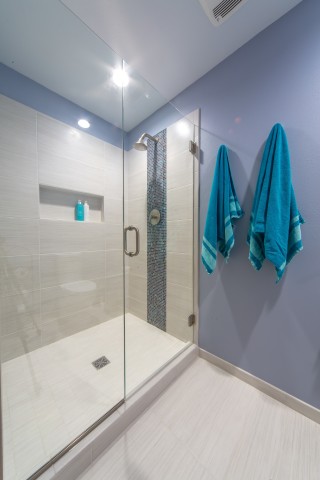 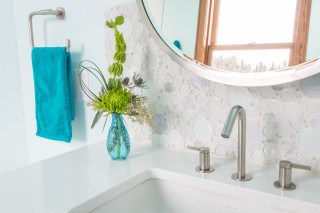 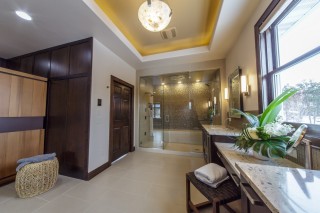 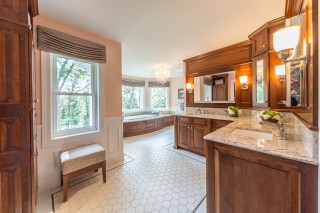 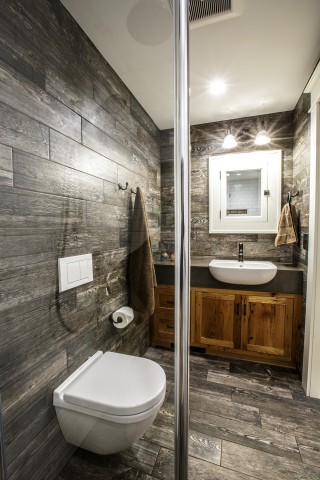 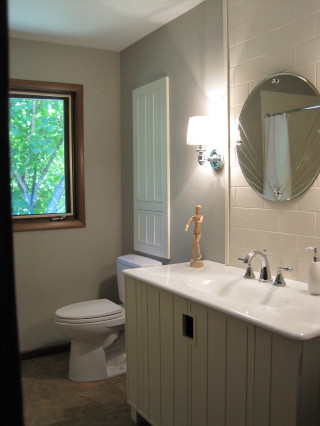 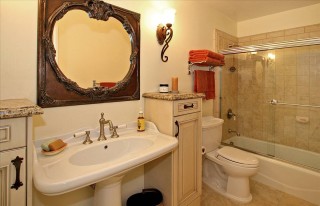 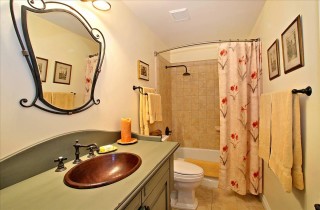 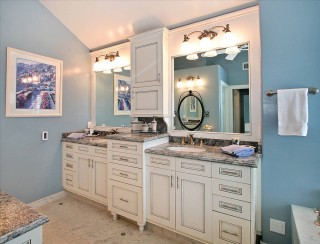 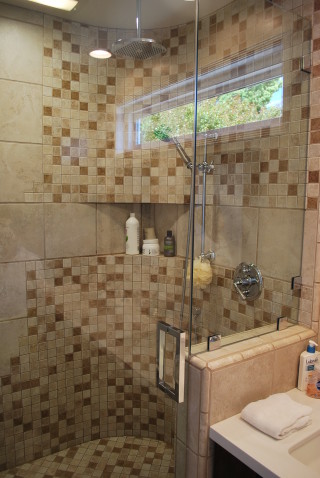 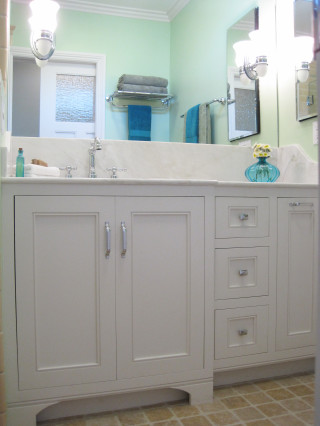 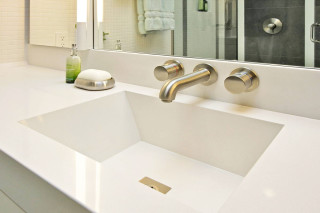 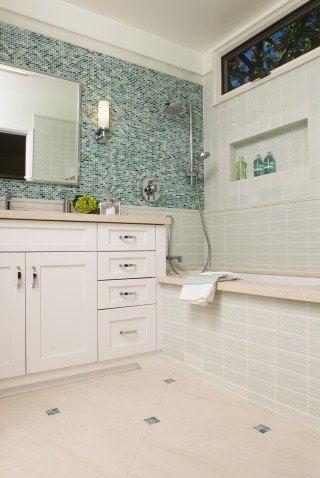 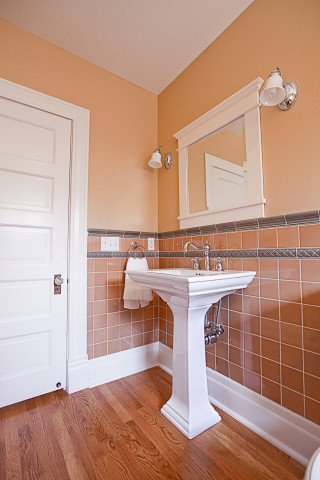 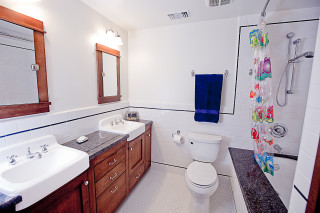 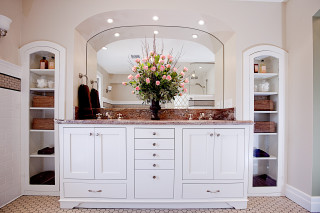